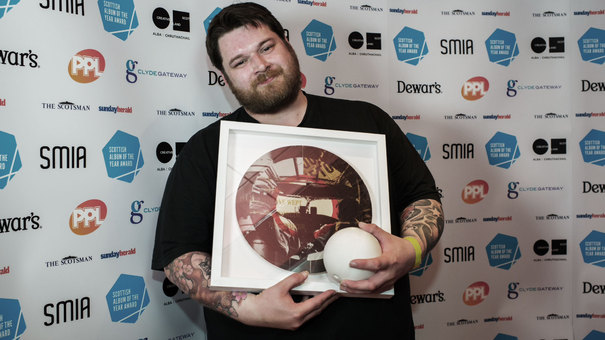 RM Hubbert has been announced as the winner of this year’s Scottish Album of The Year Award. He was announced as winner at the award ceremony, held this year on 20th June at the iconic Barrowlands venue in the East End of Glasgow. We are absolutely delighted and would like to congratulate him on his well deserved success.

Congratulations are also due to studio owner Paul Savage who recorded much of the record at Chem19 alongside producer Alex Kapranos.

Watch footage of the announcement and RM Hubbert’s interview with STV.