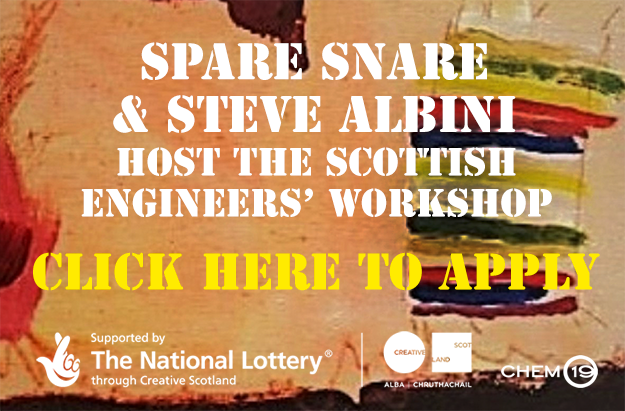 We’re delighted to announce a very special event that will take place early in 2018 at Chem19.

Dundee based band Spare Snare, who formed in 1992 and were one of a clutch of young Scottish bands to inspire the hugely active Scottish DIY scene of the 90’s, are to record their next album with renowned Chicago engineer Steve Albini (Nirvana, Breeders, Shellac, Electrical Audio…) at Chem19. As well as the recording, Spare Snare and Steve Albini will be presenting a one day Engineers’ Workshop at the studio in February 2018. 10 places to attend are open to Scottish engineers & producers.

To apply visit Spare Snare’s website where more information can be found.

We look forward immensely to playing host to such a unique event.

The workshop is supported by The National Lottery through Creative Scotland.